From WikiProjectMed
Jump to navigation Jump to search
Not to be confused with clonazepam or clonidine.

Clozapine, sold under the brand name Clozaril among others,[1] is an atypical antipsychotic medication.[2] It is mainly used for schizophrenia that does not improve following the use of other antipsychotic medications.[2] In those with schizophrenia and schizoaffective disorder it may decrease the rate of suicidal behavior.[2] It is more effective than typical antipsychotics, particularly in those who are treatment-resistant.[5][6][7] It is used by mouth,[2] or by injection into a muscle.[8]

Clozapine is associated with a relatively high risk of low white cells (agranulocytosis), a condition of suppressed immunity which may result in death.[2] To decrease this risk, it is recommended that the white blood cell count be regularly monitored.[2] Other serious risks include seizures, inflammation of the heart, high blood sugar levels, constipation, and in older people with psychosis as a result of dementia, an increased risk of death.[2][9][10] Common side effects include drowsiness, increased saliva production, low blood pressure, blurred vision, and dizziness.[2] The potentially permanent movement disorder tardive dyskinesia occurs in about 5% of people.[9] Its mechanism of action is not entirely clear.[2]

Clozapine is an atypical antipsychotic drug primarily used in people who are unresponsive to or intolerant to other antipsychotics.[6] This means that they have failed to respond satisfactorily to at least two different antipsychotics.[16] It has been shown to be more effective in reducing symptoms of schizophrenia than typical antipsychotics, with more pronounced effects in those who have responded poorly to other medication.[5] It may also be used for the treatment of psychosis secondary to Parkinson's disease.[17]

Clozapine is usually given by mouth in tablet or liquid form,[2] however an unlicensed short-acting intramuscular injectable formulation is available. It is not a depot injection, and instead has a similar duration of action as clozapine by mouth. The injectable formulation may be used in highly agitated people with schizophrenia who consistently refuse clozapine by mouth, but are predicted to respond well to clozapine therapy, with the injection being administered with the intention of transitioning the person to oral clozapine.[8] The injectable form is reportedly difficult to use due to painful administration, higher doses requiring injection into multiple sites simultaneously, and even more stringent monitoring than oral clozapine (with the additional difficulty of withdrawing blood samples for testing from agitated individuals).[8]

The effect of clozapine, however, is not (at least in the short term) reflected in measures of global functioning such as ability to leave the hospital and maintain an occupation. The relapse rate is lower and patient acceptability is better.[6] There is some evidence clozapine may reduce propensity for substance abuse in schizophrenic patients.[18]

It may be better than other antipsychotics in people with both schizophrenia and Parkinson's disease.[19]

The defined daily dose is 300 mg by mouth or by injection.[3] 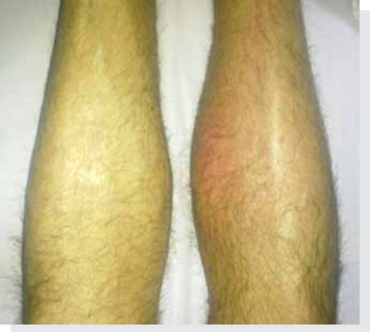 Clozapine may cause side effects, some of which are serious and potentially fatal. Common side effects include constipation, bed-wetting, night-time drooling, muscle stiffness, sedation, tremors, orthostatic hypotension, hyperglycemia, and weight gain. The risk of developing extrapyramidal symptoms, such as tardive dyskinesia is below that of typical antipsychotics; this may be due to clozapine's anticholinergic effects. Extrapyramidal symptoms may subside somewhat after a person switches from another antipsychotic to clozapine.[20]

Clozapine carries five black box warnings, including warnings for agranulocytosis, central nervous system depression, leukopenia, neutropenia, seizure disorder, bone marrow suppression, dementia, hypotension, myocarditis, orthostatic hypotension (with or without syncope) and seizures.[21] Lowering of the seizure threshold may be dose related and slow initial titration of dose may decrease the risk for precipitating seizures. Slow titration of dosing may also decrease the risk for orthostatic hypotension and other adverse cardiovascular side effects.[22]

Many males have experienced cessation of ejaculation during orgasm as a side effect of clozapine, though this is not documented in official drug guides.[23]

However, many side-effects can be managed and may not warrant discontinuation.[24]

Clozapine carries a black box warning for drug-induced agranulocytosis. Without monitoring, agranulocytosis occurs in about 1% of people who take clozapine during the first few months of treatment;[25] the risk of developing it is highest about three months into treatment, and decreases substantially thereafter, to less than 0.01% after one year.[26]

Clozapine-induced agranulocytosis can be transient.[27]

Rapid point-of-care tests may simplify the monitoring for agranulocytosis.[28]

Early findings suggest that the concurrent use of granulocyte colony-stimulating factor (GCSF) to maintain the neutrophil count whilst on rechallenge following neutropenia, is safe and effective. But, if agranulocytosis was later to occur there would be little if any therapeutic alternative which would ordinarily be GCSF.[29][30]

Myocarditis is a sometimes fatal side effect of clozapine, which usually develops within the first month of commencement.[31] First manifestations of illness are fever which may be accompanied by symptoms associated with upper respiratory tract, gastrointestinal or urinary tract infection. Typically C-reactive protein (CRP) increases with the onset of fever and rises in the cardiac enzyme, troponin, occur up to 5 days later. Monitoring guidelines advise checking CRP and troponin at baseline and weekly for the first 4 weeks after clozapine initiation and observing the patient for signs and symptoms of illness.[32] Signs of heart failure are less common and may develop with the rise in troponin. A recent case-control study found that the risk of clozapine-induced myocarditis is increased with increasing rate of clozapine dose titration, increasing age and concomitant sodium valproate.[33]

Hypersalivation, or the excessive production of saliva, is one of the most common side effects of clozapine (30-80%).[39] The saliva production is especially bothersome at night and first thing in the morning, as the immobility of sleep precludes the normal clearance of saliva by swallowing that occurs throughout the day.[39] While clozapine is a muscarinic antagonist at the M1, M2, M3, and M5 receptors, clozapine is a full agonist at the M4 subset. Because M4 is highly expressed in the salivary gland, its M4 agonist activity is thought to be responsible for hypersalivation.[40] Clozapine-induced hypersalivation is likely a dose-related phenomenon, and tends to be worse when first starting the medication.[39] Besides decreasing the dose or slowing the initial dose titration, other interventions that have shown some benefit include systemically-absorbed anticholinergic medications like diphenhydramine[39] and topical anticholinergic medications like ipratropium bromide.[41] Mild hypersalivation may be managed by sleeping with a towel over the pillow at night.[41]

Clozapine is linked to urinary incontinence,[43] though its appearance may be under-recognized.[44]

Abrupt withdrawal may lead to cholinergic rebound effects, severe movement disorders as well as severe psychotic decompensation. It has been recommended that patients, families, and caregivers be made aware of the symptoms and risks of abrupt withdrawal of clozapine. When discontinuing clozapine, gradual dose reduction is recommended to reduce the intensity of withdrawal effects.[45][46]

In addition to hyperglycemia, significant weight gain is frequently experienced by patients treated with clozapine.[47] Impaired glucose metabolism and obesity have been shown to be constituents of the metabolic syndrome and may increase the risk of cardiovascular disease. The data suggest that clozapine may be more likely to cause adverse metabolic effects than some of the other atypical antipsychotics.[48] A study has established that olanzapine and clozapine disturb the metabolism by making the body take preferentially its energy from fat (instead of privileging carbohydrates). Levels of carbohydrates remaining high, the body develops insulin resistance (causing diabetes).[49]

Fatalities have been reported due to clozapine overdose, though overdoses > 4000 mg have been survived.[50]

Published case reports have stated that the use of benzodiazepines and clozapine concomitantly can result in severe adverse reaction such as respiratory arrest, cardiac arrest and sudden death.[55]

Clozapine is classified as an atypical antipsychotic drug because it binds to serotonin as well as dopamine receptors.[60]

Clozapine is an antagonist at the 5-HT2A subunit of the serotonin receptor, putatively improving depression, anxiety, and the negative cognitive symptoms associated with schizophrenia.[61][62]

A direct interaction of clozapine with the GABAB receptor has also been shown.[63] GABAB receptor-deficient mice exhibit increased extracellular dopamine levels and altered locomotor behaviour equivalent to that in schizophrenia animal models.[64] GABAB receptor agonists and positive allosteric modulators reduce the locomotor changes in these models.[65]

Clozapine induces the release of glutamate and D-serine, an agonist at the glycine site of the NMDA receptor, from astrocytes,[66] and reduces the expression of astrocytic glutamate transporters. These are direct effects that are also present in astrocyte cell cultures not containing neurons. Clozapine prevents impaired NMDA receptor expression caused by NMDA receptor antagonists.[67]

The absorption of clozapine is almost complete following oral administration, but the oral bioavailability is only 60 to 70% due to first-pass metabolism. The time to peak concentration after oral dosing is about 2.5 hours, and food does not appear to affect the bioavailability of clozapine. However, it was shown that co-administration of food decreases the rate of absorption.[68] The elimination half-life of clozapine is about 14 hours at steady state conditions (varying with daily dose).

Clozapine is extensively metabolized in the liver, via the cytochrome P450 system, to polar metabolites suitable for elimination in the urine and feces. The major metabolite, norclozapine (desmethyl-clozapine), is pharmacologically active. The cytochrome P450 isoenzyme 1A2 is primarily responsible for clozapine metabolism, but 2C, 2D6, 2E1 and 3A3/4 appear to play roles as well. Agents that induce (e.g., cigarette smoke) or inhibit (e.g., theophylline, ciprofloxacin, fluvoxamine) CYP1A2 may increase or decrease, respectively, the metabolism of clozapine. For example, the induction of metabolism caused by smoking means that smokers require up to double the dose of clozapine compared with non-smokers to achieve an equivalent plasma concentration.[69]

Clozapine is a dibenzodiazepine that is structurally related to loxapine. It is slightly soluble in water, soluble in acetone, and highly soluble in chloroform. Its solubility in water is 0.1889 mg/L (25 °C).[4] Its manufacturer, Novartis, claims a solubility of <0.01% in water (<100 mg/L).[71]

Clozapine was synthesized in 1956[11] by Wander AG, a Swiss pharmaceutical company, based on the chemical structure of the tricyclic antidepressant imipramine. The first test in humans in 1962 was considered a failure. Trials in Germany in 1965 and 1966 as well as a trial in Vienna in 1966 were successful. In 1967 Wander AG was acquired by Sandoz.[12] Further trials took place in 1972 when clozapine was released in Switzerland and Austria as Leponex. Two years later it was released in West Germany, and Finland in 1975. Early testing was performed in the United States around the same time.[12] In 1975, after reports of agranulocytosis leading to death in some clozapine-treated patients, clozapine was voluntarily withdrawn by the manufacturer.[72] Clozapine fell out of favor for more than a decade despite unclear reasons for the agranulocytosis which occurred in Finland, the rate of which was 20 times higher[73] than had been reported in any other country. However, when studies demonstrated that clozapine was more effective against treatment-resistant schizophrenia than other antipsychotics, the US Food and Drug Administration (FDA) and health authorities in most other countries approved its use only for treatment-resistant schizophrenia, and required Restricted Distribution, a Patient Registry and regular hematological monitoring to detect granulocytopenia, before agranulocytosis develops. In December 2002, clozapine was approved in the US for reducing the risk of suicide in schizophrenic or schizoaffective patients judged to be at chronic risk for suicidal behavior.[74] In 2005, the FDA approved criteria to allow reduced blood monitoring frequency.[75] In 2015, the individual manufacturer Patient Registries were consolidated by request of the FDA into a single shared Patient Registry Called The Clozapine REMS Registry.[citation needed]