Isoniazid, also known as isonicotinic acid hydrazide (INH), is an antibiotic used for the treatment of tuberculosis.[2] For active tuberculosis it is often used together with rifampicin, pyrazinamide, and either streptomycin or ethambutol.[5] For latent tuberculosis it is often used by itself.[2] It may also be used for atypical types of mycobacteria, such as M. avium, M. kansasii, and M. xenopi.[2] It is usually taken by mouth but may be used by injection into muscle.[2]

Common side effect include increased blood levels of liver enzymes and numbness in the hands and feet.[2] Serious side effects may include liver inflammation and acute liver failure.[2] It is unclear if use during pregnancy is safe for the baby.[6] Use during breastfeeding is likely safe.[6] Pyridoxine may be given to reduce the risk of side effects.[7] Isoniazid works in part by disrupting the formation of the bacteria's cell wall which results in cell death.[2]

Isoniazid has been approved as prophylactic therapy for the following populations:

It is recommended that women with active tuberculosis who are pregnant or breastfeeding take isoniazid. Preventive therapy should be delayed until after giving birth.[20] Nursing mothers excrete a relatively low and non-toxic concentration of INH in breast milk, and their babies are at low risk for side effects. Both pregnant women and infants being breastfed by mothers taking INH should take vitamin B6 in its pyridoxine form to minimize the risk of peripheral nerve damage.[21] Vitamin B6 is used to prevent isoniazid-induced B6 deficiency and neuropathy in people with a risk factor, such as pregnancy, lactation, HIV infection, alcoholism, diabetes, kidney failure, or malnutrition.[22]

People with liver dysfunction are at a higher risk for hepatitis caused by INH, and may need a lower dose.[20]

Levels of liver enzymes in the bloodstream should be frequently checked in daily alcohol drinkers, pregnant women, IV drug users, people over 35, and those who have chronic liver disease, severe kidney dysfunction, peripheral neuropathy, or HIV infection since they are more likely to develop hepatitis from INH.[20][23] 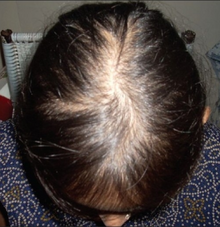 Up to 20% of people taking isoniazid experience peripheral neuropathy when taking doses of 6 mg/kg of weight daily or higher.[25] Gastrointestinal reactions include nausea and vomiting.[14] Aplastic anemia, thrombocytopenia, and agranulocytosis due to lack of production of red blood cells, platelets, and white blood cells by the bone marrow respectively, can also occur.[14] Hypersensitivity reactions are also common and can present with a maculopapular rash and fever.[14] Gynecomastia may occur.[16]

Asymptomatic elevation of serum liver enzyme concentrations occurs in 10% to 20% of people taking INH, and liver enzyme concentrations usually return to normal even when treatment is continued.[26] Isoniazid has a boxed warning for severe and sometimes fatal hepatitis, which is age-dependent at a rate of 0.3% in people 21 to 35 years old and over 2% in those over age 50.[14][27] Symptoms suggestive of liver toxicity include nausea, vomiting, abdominal pain, dark urine, right upper quadrant pain, and loss of appetite.[14] Black and Hispanic women are at higher risk for isoniazid-induced hepatotoxicity.[14] When it happens, isoniazid-induced liver toxicity has been shown to occur in 50% of patients within the first 2 months of therapy.[28]

Some recommend that liver function should be monitored carefully in all people receiving it,[20] but others recommend monitoring only in certain populations.[26][29][30]

Headache, poor concentration, weight gain, poor memory, insomnia, and depression have all been associated with isoniazid use.[31] All patients and healthcare workers should be aware of these serious side effects, especially if suicidal ideation or behavior are suspected.[31][32][33]

Isoniazid is associated with pyridoxine (vitamin B6) deficiency because of its similar structure. Isoniazid is also associated with increased excretion of pyridoxine. Pyridoxal phosphate (a derivative of pyridoxine) is required for δ-aminolevulinic acid synthase, the enzyme responsible for the rate-limiting step in heme synthesis. Therefore, isoniazid-induced pyridoxine deficiency causes insufficient heme formation in early red blood cells, leading to sideroblastic anemia.[22]

It is possible that isoniazid may decrease the serum levels of ketoconazole after long-term treatment. This is seen with the simultaneous use of rifampin, isoniazid, and ketoconazole.[37]

Isoniazid may increase the amount of phenytoin in the body. The doses of phenytoin may need to be adjusted when given with isoniazid.[38][39]

Isoniazid is a prodrug that inhibits the formation of the mycobacterial cell wall. Isoniazid must be activated by KatG, a bacterial catalase-peroxidase enzyme in Mycobacterium tuberculosis.[41] KatG catalyzes the formation of the isonicotinic acyl radical, which spontaneously couples with NADH to form the nicotinoyl-NAD adduct. This complex binds tightly to the enoyl-acyl carrier protein reductase InhA, thereby blocking the natural enoyl-AcpM substrate and the action of fatty acid synthase. This process inhibits the synthesis of mycolic acids, which are required components of the mycobacterial cell wall. A range of radicals are produced by KatG activation of isoniazid, including nitric oxide,[42] which has also been shown to be important in the action of another antimycobacterial prodrug pretomanid.[43]

Isoniazid is bactericidal to rapidly dividing mycobacteria, but is bacteriostatic if the mycobacteria are slow-growing.[44] It inhibits the cytochrome P450 system and hence acts as a source of free radicals.[45]

Isoniazid reaches therapeutic concentrations in serum, cerebrospinal fluid, and within caseous granulomas. It is metabolized in the liver via acetylation into acetylhydrazine. Two forms of the enzyme are responsible for acetylation, so some patients metabolize the drug more quickly than others. Hence, the half-life is bimodal, with "slow acetylators" and "fast acetylators". A graph of number of people versus time shows peaks at one and three hours. The height of the peaks depends on the ethnicities of the people being tested. The metabolites are excreted in the urine. Doses do not usually have to be adjusted in case of renal failure.

Three pharmaceutical companies unsuccessfully attempted to patent the drug at the same time,[47] the most prominent one being Roche, which launched its version, Rimifon, in 1952.[48] With the introduction of isoniazid, a cure for tuberculosis was first considered possible.

The drug was first tested at Many Farms, a Navajo community in Arizona, due to the Navajo reservation's tuberculosis problem and because the population had not previously been treated with streptomycin, the main tuberculosis treatment at the time.[49] The research was led by Walsh McDermott, an infectious disease researcher with an interest in public health, who had previously taken isoniazid to treat his own tuberculosis.[50]

Isoniazid and a related drug, iproniazid, were among the first drugs to be referred to as antidepressants.[51]

Isoniazid is an isonicotinic acid derivative. It is manufactured using 4-cyanopyridine and hydrazine hydrate.[52] In another method, isoniazid was claimed to have been made from citric acid starting material.[53]

Isonicotinic acid hydrazide is also used in chromatography to differentiate between various degrees of conjugation in organic compounds barring the ketone functional group.[55] The test works by forming a hydrazone which can be detected by its bathochromic shift.

Isoniazid may be used for dogs, but there have been concerns it can cause seizures.[56]