The Board of Directors manages the direction and day-to-day business of Wiki Project Med Foundation. The current board is composed of 7 individuals from 6 countries and supported by 7 special advisers. Prior membership of the board.

Dr. James Heilman (until 2023) Chair / Co-treasurer is a Canadian emergency physician and a founding member of Wiki Project Med. He did his undergraduate training and medical degree at the University of Saskatchewan followed by residency at the University of British Columbia were he is currently an assistant clinical professor. He previously was on the Board of Trustees of the Wikimedia Foundation.

Dr. Anjna Harrar (until 2023) is a family physician in England, with a particular interest in skin conditions, general medicine and history of medicine. She graduated from St George's Hospital, London and has qualifications in history, dermatology, women's health and family planning. She has done research on the risk of spread of infection via flight in the interwar years and has spoken on history of organ transplantation. She was introduced to Wikipedia editing in 2017, via the library at the Wellcome Institute during an event created for the purpose of improving medical pages. She writes on a wide range of topics outside medicine, and has helped with projects when approached such as with a Wikipedia:Vaccine safety project. She is also an examiner in history. 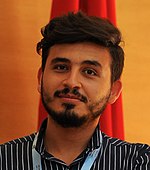 Dr. Alaa Najjar (Arabic علاء) (until 2023) is a physician and on the editorial board member of WikiJournal of Medicine. He started Wikiproject Medicine (WPM) on Arabic Wikipedia and is a member on enwiki WPM. He began working on the projects in October 2010, and has been regularly active since December 2014. He is currently a Steward on Metawiki, bureaucrat, sysop and checkuser on Arabic Wikipedia, sysop on Wikidata and sysop on other sister projects. He has made more than 480K edits on Wikimedia wikis, and most of his edits are in medicine, anatomy and biology fields.

He helped in the organization of WikiArabia 2017 and is also a member of Wikimedians of the Levant since May 2015.

In 2021 he was honored as «Wikimedian of the year». He was the most prolific Arabic medical editor in 2017 and 2018. He helped in launching and updating the offline Arabic medical wikipedia app, and created learning videos about IIAB which were shared on arwiki social accounts.

Dr. Stuart Ray (until 2022) Vice chair / Co-treasurer is a physician-scientist (Internal Medicine, Infectious Diseases) at Johns Hopkins University (JHU) School of Medicine. He is here to promote awareness of and engagement with Wikipedia among members of his university community, as WP is an immensely valuable (even if not flawless) resource for the world that we can collaboratively improve. 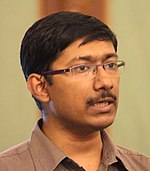 Dr. Diptanshu Das (until 2022) Dr. Das is a pediatric neurologist from Kolkata, India, and is currently a consultant at Institute of Child Health, Kolkata. He is a believer and enthusiast of the open and free knowledge movement. He has been an active Wikipedian since 2008 and has worked extensively across multiple projects including Wikipedia, Commons, and Wikidata. He is currently the Editor-in-Chief of the ILAE Wikipedia Project, member of the Education Council and Publication Council of ILAE, and a member of the working group of Open Access India. He was formerly an editorial board member of the WikiJournal of Medicine (Wiki.J.Med) (a peer-reviewed medicine and biomedicine journal on Wikiversity). 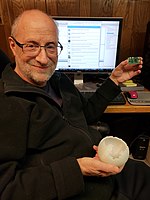 Dr. Tim Moody PhD (until 22) He is one of the principal developers of Internet in a Box and has been involved with curating the medical content. He has a Ph.D. in Religious Studies focusing on Indian religion and many years ago was a Peace Corps Volunteer in Nepal. He has an MA in Asian Studies and an undergraduate degree in Math and Spanish. Though no medical experience, except as the occasional patient, he has studied portions of Sushruta in Sanskrit and English. 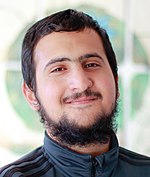 Dr. Mossab Banat (until 22) Membership admin مصعب (romanization as Mossab) is a Jordanian physician who graduated from Hashemite University and currently working as teaching and research assistant at faculty of medicine at the same university. They are active on both Arabic and English Wikipedia as well as the founder and team leader of a Wikipedia education program at their university. They are one of the most prolific medical editors: 8th in 2015, 40th in 2016, 10th in 2017 and 16th in 2018. They were the most prolific Arabic medical editor in all three consecutive years (2014-2015-2016) and the second highest Arabic medical editor in 2017 and 2018. They are also an admin on Arabic Wikipedia, Wiktionary and Wikisource.

He is the Wikipedia education program team leader and directed the translating of the WHO list of essential medicines. He also participated developing the offline medical app in Arabic. At WMCON 2018 he was a representative of Wikimedians of Levant and organized many collaborations including on medical topics: examples include m:Punjabi Arabic Ealaqat, m:Arabic–Bengali Cultural Exchange Program, m:Armenian-Jordanian cooperation and Arabic- Serbian collaboration. He has been involved in bringing over translations of Osmosis medical videos from YouTube to Commons as seen here.

They founded a Wikipedia student club under the name of digital Arabic content club and served as the chairman since 2017. He is a member at his University council and also a member of the student's union and the Committee on Foreign Relations at the student's union. in the faculty of medicine he is a member of the financial and human resources committee. In relation to medicine he serves as an associate editor at the WikiJournal of Medicine.

He have an interest in Wikipedia and education and works to spread the wiki awareness in this regard. One of their major activities was initiating the MOU between the Wikimedia Foundation and Hashemite University. This includes having presented Wikipedia to King Abdullah II at the university here. 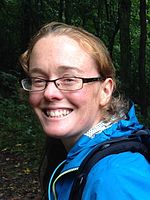 Dr. Jennifer Dawson PhD (was a board member until 2021) Dr. Dawson has a Phd in Cellular and Molecular Medicine and an MSc in Pharmacology and Toxicology. Her interests in communicating evidence-based medical approaches drew her to WikiProject Medicine. Other interests include healthy active living and physical literacy. She is also a part-time Wikipedia Consultant for Cochrane and a Research Associate at CHEO-RI. She actively recruits new Wikipedia editors and supports Cochrane community members and volunteers in queries related to Wikipedia. Her role also includes maintaining and building further relations with Wikipedia, connecting new editors to the Wikipedia community, supporting requests for engagement in Wikipedia work from the Cochrane community, and evaluating ways in which the Cochrane-Wikipedia work can be made sustainable. 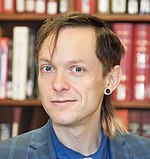 Lane Rasberry Secretary Lane began editing Wikipedia in 2004 and has been editing regularly since 2008. They see Wikipedia as a great way to share information on all topics, including health care, consumer rights issues, and science. Lane Rasberry is Wikimedian-in-residence at the School of Data Science at the University of Virginia. His interests include popular science, consumer protection, civic engagement, access to health information, clinical research, the Open Movement, data science, LGBT history, and Wikimedia projects.

Dr. Daniel Mietchen, Ph.D. a biophysicist working as a data scientist at the University of Virginia, focusing on the integration of scientific workflows with the Web through open research and open science, particularly around data sharing, data management and FAIR data and with an emphasis on biomedical research.

Prior to that, his methodological research focus was on Magnetic Resonance Imaging, thematically on the evolution of animal communication systems, vocal learning, brain morphometry, music perception and semantic integration of the biodiversity literature.

His activities at Wikimedia concentrate on science, medicine, disaster management and sustainable development, on cooperation across languages, projects and chapters as well as on outreach to scientific communities. 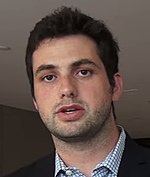 Dr. Sam Zidovetski - special adviser for IIAB. Dr. Zidovetski is a US based emergency room physician. He did his medical training in New York City and has spent time abroad working clinically and piloting the Internet-in-a-box device containing offline Wikipedia and other medical resources. 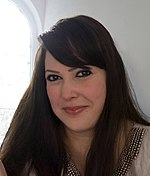 Shani Evenstein - special adviser. Prior Chair until August 2019 when she joined the Board of Trustees of the Wikimedia Foundation. Shani Evenstein Sigalov is an educator, researcher and Free Knowledge advocate, focusing on bridging gender, language and social gaps in free knowledge projects. Shani currently serves as an EdTech Innovation Strategist at the School of Medicine, Tel Aviv University (TAU) since 2011, and has served as a lecturer on campus since 2013. During her tenure, Shani has designed and led academic courses focusing on Wikimedia projects. She opened the first for-credit course in the world focusing on medical content with her students contributing over 10% of Hebrew Wikipedia’s medical content, and another Wikipedia course available to all undergraduates at TAU. In 2018 she opened the first academic course in the world to feature Wikidata. Shani received her BA and MA from TAU, and is now pursuing a PhD in Education and Technology, researching Wikidata as a learning platform. She was recently elected to be a fellow of the esteemed PhD Program of the Azrieli Foundation. 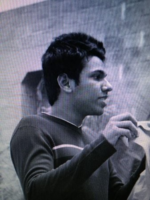 Doug Taylor took on the role of Chair August 2019 and his term ran until November 2021. He lives in the West Midlands, England, and was born in 1952. He graduated from Cambridge University in 1972 and worked briefly as an electronic engineer before becoming a teacher of 11-18 year-old students for the following 24 years. In 1997, he changed career and became an IT consultant, and he retired in 2012.

He was a member of several national exam boards between 1981 and 2012, and served as Chair of The West Midlands Exam Board (a registered charity) for six years until it merged into the Oxford, Cambridge and RSA board, where he became Vice-Chair of its Regulations Committee.

Other charitable work includes serving as a school governor for over thirty years, ten years as the Chair of "Job Change" (a charity working to return unemployed people to work), and six years as a trustee of Wikimedia UK, the charity that supports Wikipedia in the United Kingdom.