WikiProjectMed is a community organization which supports the development of free and open medical information in Wiki based projects, and related efforts to encourage wiki-access to media. The organization maintains regular elections of the Board of Trustees. Members of WikiProjectMed in good standing are eligible to vote. This page gives information about the 2023 election of the WikiProjectMed board of trustees.

See election rules at WikiProjectMed:Election. Post any questions to the talk page.

Here is how the election works:

Ballots go to the registered email address for each member. Vote through that email during the election period.

This election is for 4 seats among the WikiProjectMed Board of Seats. Duration of the term is 4 years.

Privileges of these seats include the following:

Responsibilities of board members include the following:

As Wiki Project Med Foundation is a formal charity in the US, this information is required and is public information. Therefore, all board members are required to agree that their real name is public.

Eligible voters receive a ballot by email to the address which they registered. Ballots go out after the confirmation of nominees and before the start of the voting period.

Check your email for your ballot. In case of problem please post to the talk page. Non-members may not vote in this election, but may join as members to vote in the next election.

Only members of the organization can nominate themselves for the board

If you'd like to nominate yourself, please add a new sub topic, with your name & optionally your user name, followed by short description of your Wikimedia & Medicine experience. Nominees might want to answer / address in their description the following:

Consider reviewing the style of nominations from past elections. 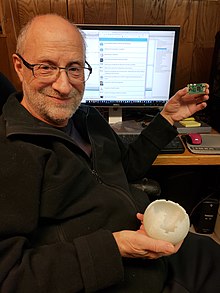 My contributions to Wiki Project Med have been more IT than MD:

I have attended three Wikimania events, but haven't had much success as an editor.

I live in Canada, have a Ph.D. in Religious Studies focusing on Indian religion, and have been a serial entrepreneur. I have no medical experience, except as the occasional patient, though I have studied portions of Sushruta in Sanskrit and English. 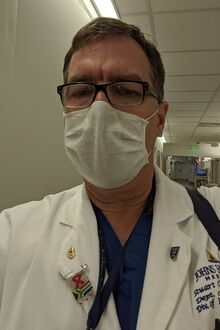 I am currently a member of the board, and am offering this self-nomination for re-election. I strongly believe in the mission of the foundation and value the contributions of all involved. I endeavor to engage meaningfully in the work of the board, acknowledging that my work as an academic physician (Internal Medicine, Infectious Diseases) keeps me busy.

I hope that my perspective as a clinician and professor (at Johns Hopkins) is useful in the WPMedF context, and I work to encourage peer experts to learn more about WP editing policy and culture.

I am mossab a general practitioner and teaching & research assistant at the Hashemite University in jordan. i am also member in wiki project medicine in Both Arabic and English Wikipedia as well as Wikipedia education program team leader at my university and i established the program from zero.

I am the 8th Top medical editor in 2015 and i was ranked 40th in the Top medical editors list in 2016, 10th at 2017 and 16th in 2018. i was the highest Arabic medical editor in all three consecutive years (2014-2015-2016) and the second highest Arabic medical editor at 2017 and 2018; as well as admin on Arabic Wikipedia,Wiktionary and Wikisource. I am Wikipedia education program team leader and i directed the education towards translating WHO list of essential medicines so that my students successfully translated most of the articles. i also participated in releasing of offline medical app on arabic by translating the framework of app.

I participated in WMCON 2018 as a representative of Wikimedians of Levant user group and after this conference i organized many collaborations including medical topics. some examples are Punjabi Arabic Ealaqat, Arabic–Bengali Cultural Exchange Program, Armenian-Jordanian cooperation and Arabic- Serbian collaboration. Also I moved more than 100 translations of Osmosis medical videos from YouTube to commons and this is an example here.

I think that there's a need of an Arabic speaking board member because it is one of the most popular and widely spread languages in addition to my experience in translation of medical articles into Arabic. Also i have the power of recruiting Wikipedia education program students to participate in translation of medical topics with a long experience in this field. in relation to medicine i serve as an associate editor in WikiJournal of Medicine.

I have interst in Wikipedia and education relationship and i work to spread the wiki awareness in this regard. one of my major activities was the initiation of MOU between Wikimedia foundation and the hashemite university. I use every chance i have to represent Wikipedia to the decision-makers and the last chance was in the meeting with king Abdullah II at the university around the minute 5:40 of the video. I have been serving as membership admin since 2019. In 2020 I established Jordanian digital Arabic content association (JDACA) to improve Wikipedia content all-over the country. Regards 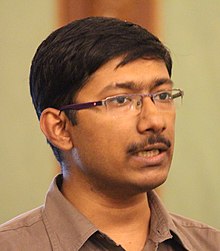 I am currently a member of the board and am seeking re-election because I believe deeply in the work of Wiki Project Med.

I am a paediatric neurologist and neurodevelopmental specialist and the founder of the Institute of NeuroDevelopment where we help parents raise awesome kids irrespective of neurodevelopmental challenges. I am a social entrepreneur and along with my team, we help raise communities and promote collaborative learning, working primarily in the domains of health and education. I live with my family consisting of my wife and two kids in Kolkata, India.

I have been a Wikipedian for over 15 years and am a Veteran Editor IV with more than 24,000 edits, counting among the top 5000 contributors, ranked 1111 on the list of most-active Wikipedians by the number of "recent" edits (as of September 2013), . I have contributed mainly to medical topics on English Wikipedia and have worked significantly for the improvement of the referencing and bibliography of medical articles on Wikipedia, usually helping in improving stub, start and C class articles. I have been in the top 300 medical editors consistently over the 5 years till 2017, ranking as the 13th Top medical contributor of 2017. I have been the Editor in Chief of the ILAE Wikipedia Project till 2022 and currently am the Deputy Editor in Chief of the same project (both being unpaid posts but ILAE does provide a certain compensation to my organisation to make up for the time spent from my working hours in the organisation). I run a Wikipedia Medical Editing Internship and groom people to edit Wikipedia. I have been a Board member of Wikimedia Medicine with the term ending in 2023. I contribute primarily to medical articles on English Wikipedia. I have been a new page reviewer and try to help out. I am also a Wikidata enthusiast and have contributed the Commons. I am also a member of working group of Open Access India.

I was elected as a Board Member of Wikipedia Medicine (also known as Wiki Project Med) where I have played administrative roles. I have also been an Editorial Board member at WikiJournal of Medicine. I am a member of working group of Open Access India where I have collaboratively participated in the preparation of the proposed National Open Access Policy of India. I have been a participant and presenter at multiple Open Access conferences including Wikimania.

By being on the board, I would help in getting people more oriented with and involved in contributing to the medical content of Wikipedia.

Election results will be provided by Lane Rasberry