This is a report of the activities of WPM:Wiki Project Med Foundation for the year 2019. While it is not a complete list of everything we have done this year, it represent some highlights of our work. The compiling of this report — like much that we do — has been a group effort, and we encourage the involvement of other individuals within the wider membership.

While efforts are ongoing, our ability to track the number of articles translated is limited and would required technical support.

The University of Virginia is organizing part of the SWASTHA project, which is an effort to develop health articles in English Wikipedia then translate them into languages of India for publication into those respective languages of Wikipedia.

In 2019 we continued to collaborate with the World Health Organization around Essential Medicines. This resulted in the eEML being released under a CC BY 3.0 license and including links to Wikipedia.[1]

We have begun working with Rotary International. In early 2019 they purchased 50 units of Internet-in-a-Box to distribute to their projects in India. Discussions are ongoing regarding further efforts.

Wiki Project Med Foundation is involved in both coordinating develop of and funding for VideoWiki.

In 2019 the Patient-Centered Outcomes Research Institute appointed user:FULBERT as their first Wikimedian in Residence.

The organization funded a 2018-2020 project titled, Integrating Patient-centered Outcomes Research into Wikipedia: An Initiative to Increase Capacity and Build Partnerships.

The Cure Award was handed out to all editors who made more than 250 edits to medical content in the prior year.

In 2019 we shipped 80 devices. We have also fully transitioned to shipping 128 Gb versions that generally contain all of English Wikipedia among other languages (rather than just medical content).

We have been working with the WMF and Africa Center on a project to look at the utility and feasibility of IIAB in Nigeria. We have finished the project and are now analysing the data.

In November 2019, 3 IIAB units were given as prizes for health care professional participants in a science writing workshop at Makerere University. Recipients were selected by Nelson Sewankambo and his local faculty colleagues, based on performance in the course. The participants reported that they often work in outlying locations without Internet access, so they were very appreciative after participating in a demo of IIAB. Further reports to follow on usability, feedback.

Application to become a Thematic Organization

Following a meeting with AffCom at the 2018 Berlin WikiConference, we made an application to become a thematic organisation, documented at Wiki Project Med/Application. Over the course of the next twelve months, we worked with AffCom to ensure that any issues arising were dealt with, and WikiProject Med Foundation was granted the status of thematic organisation on 26 July 2019, and it was agreed that we would be known within the movement as "Wikimedia Medicine".

Elections to the Board

Elections were conducted in February-March 2019, initially for five seats on the Board. As a sixth seat became vacant during the election, it was agreed to offer the seat to the sixth successful candidate. The following members were elected, or re-elected to the Board: 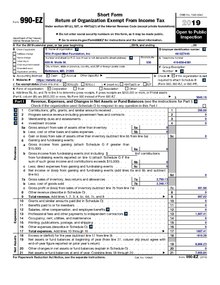