The Healthcare Translation Task Force – brings high quality, easy to understand health information to as many languages as possible. It originated as a joint venture between Wiki Project Med Foundation and Translators Without Borders in 2011. Together we translated over 1,900 articles and worked in nearly 100 languages! This translated content is getting about 40 million views a year.

In 2021 the project was relaunched within the MDWiki - Wikipedia environment, using our translation dashboard. Simply open the dashboard, log in using your Wikipedia credentials, enter the target language (using the two letter language code), and hit "Do it". Once the list of missing articles is generated, hit the "translate" link beside the article you want to work on.

Please NOTE the underlying dashboard and collection of metrics is in active development as of May 15th 2021. While this process mostly works, we are still trying to address a number of issues.

1) Why is the starting content separate from English Wikipedia?

Some on English Wikipedia do not see English Wikipedia as an appropriate place to develop content for translation into other languages.[1] For example some oppose using easier to understand language[2] and others oppose the us of references in the lead.[3][4] Working from here also allows pre-processing of article content to address issues within the content translation tool,[5] and gives us the ability to collect metrics. Simple put we have a greater ability to manage things here.

2) Why is only the lead available for translation?

We have had a number of languages request that smaller amount of content be translated as entire articles are more content than certain communities have the capacity to maintain. Additionally typically we here have only extensively reviewed and rewritten the leads for accuracy. We are looking at adding the ability to translate entire articles for those who wish to do so.

Imagine if all our health information was available only in Dutch! 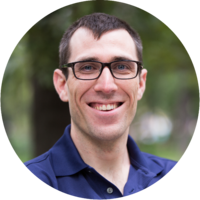