From WikiProjectMed
(Redirected from Club foot)
Jump to navigation Jump to search
For other uses, see Clubfoot (disambiguation).

Clubfoot is a birth defect where one or both feet are rotated inward and downward.[1][2] The affected foot and leg may be smaller in size compared to the other.[1] Approximately 50% of cases of clubfoot affect both feet.[1][5] Most of the time, it is not associated with other problems.[1] Without treatment, the foot remains deformed, and people walk on the sides of their feet.[3] This may lead to pain and difficulty walking.[6]

The exact cause is usually not identified.[1][3] Both genetic and environmental factors are believed to be involved.[1][3] If one identical twin is affected, there is a 33% chance the other one will be as well.[1] The underlying mechanism involves disruption of the muscles or connective tissue of the lower leg, leading to joint contracture.[1][7] Other abnormalities are associated 20% of the time, with the most common being distal arthrogryposis and myelomeningocele.[1][3] The diagnosis may be made at birth by examination or before birth during an ultrasound exam.[1][3]

Initial treatment is most often with the Ponseti method.[1] This involves moving the foot into an improved position followed by casting, which is repeated at weekly intervals.[1] Once the inward bending is improved, the Achilles tendon is often cut, and braces are worn until the age of four.[1] Initially, the brace is worn nearly continuously and then just at night.[1] In about 20% of cases, further surgery is required.[1] Treatment can be carried out by a range of healthcare providers and can generally be achieved in the developing world with few resources.[1]

Clubfoot occurs in 1 to 4 of every 1,000 live births, making it one of the most common birth defects affecting the legs.[5][3][6] About 80% of cases occurring in developing countries where there is limited access to care.[5] Clubfoot is more common in firstborn children and males.[1][5][6] It is more common among Māori people, and less common among Chinese people.[3]

In clubfoot, feet are rotated inward and downward.[1][2] The affected foot and leg may be smaller than the other, while in about half of cases, clubfoot affects both feet.[1][5][6] Most of the time clubfoot is not associated with other problems.[1]

Without treatment the foot remains deformed and people walk on the sides or tops of their feet, which can cause calluses, foot infections, trouble fitting into shoes, pain, difficulty walking, and disability.[6][3]

Hypotheses about the precise cause of clubfoot vary, but genetics, environmental factors or a combination of both are involved. Research has not yet pinpointed the root cause, but many findings agree that "it is likely there is more than one different cause and at least in some cases the phenotype may occur as a result of a threshold effect of different factors acting together."[8] The most commonly associated conditions are distal arthrogryposis or myelomeningocele.[3]

Some researchers hypothesize, from the early development stages of humans, that clubfoot is formed by a malfunction during gestation. Early amniocentesis (11–13 wks) is believed to increase the rate of clubfoot because there is an increase in potential amniotic leakage from the procedure.[citation needed] Underdevelopment of the bones and muscles of the embryonic foot may be another underlying cause. In the early 1900s, it was thought that constriction of the foot by the uterus contributed to the occurrence of clubfoot.[citation needed]

Underdevelopment of the bones also affects the muscles and tissues of the foot. Abnormality in the connective tissue causes "the presence of increased fibrous tissue in muscles, fascia, ligaments and tendon sheaths".[8]

If one identical twin is affected, there is a 33% chance the other one will be as well.[1]

Mutations in genes involved in muscle development are risk factors for clubfoot, specifically those encoding the muscle contractile complex (MYH3, TPM2, TNNT3, TNNI2 and MYH8). These can cause congenital contractures, including clubfoot, in distal arthrogryposis (DA) syndromes.[9] Clubfoot can also be present in people with genetic conditions such as Loeys–Dietz syndrome and Ehlers-Danlos syndrome.[10]

Genetic mapping and the development of models of the disease have improved understanding of developmental processes. Its inheritance pattern is explained as a heterogenous disorder using a polygenic threshold model. The PITX1-TBX4 transcriptional pathway has become key to the study of clubfoot. PITX1 and TBX4 are uniquely expressed in the hind limb.[11]

Clubfoot is diagnosed through physical examination. Typically, babies are examined from head-to-toe shortly after they are born. There are four components of the clubfoot deformity:

Factors used to assess severity include the stiffness of the deformity (how much it can be corrected by manually manipulating the foot), the presence of skin creases at the arch and heel, and poor muscle consistency.

Sometimes, it is possible to detect clubfoot before birth using ultrasound. Prenatal diagnosis by ultrasound can allow parents to learn more about this condition and plan ahead for treatment after their baby is born.[12]

More testing and imaging is typically not needed, unless there is concern for other associated conditions. 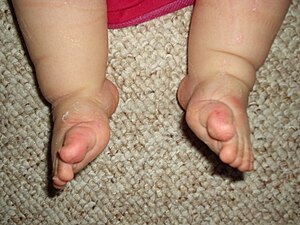 Clubfeet in the course of correction

Treatment is usually with some combination of the Ponseti method and French method.[3] The Ponseti method involves a combination of casting, Achilles tendon release, and bracing. It is widely used and highly effective under the age of two.[13] The French method involves realignment, taping, and long-term home exercises and night splinting.[3] It is also effective but outcomes vary and rely on heavy involvement of caregivers.[3] Generally, the Ponseti method is preferred.[3][14] Another technique, the Kite method, does not appear to be as effective.[14] In about 20% of cases, additional surgery is required after initial treatment.[1] 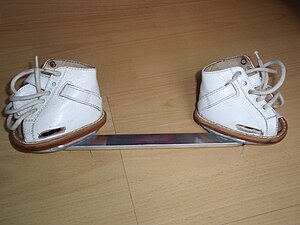 The Ponseti method corrects clubfoot over the course of several stages.

Another reason for recurrence is a congenital muscle imbalance between the muscles that invert the ankle (tibialis posterior and tibialis anterior muscles) and the muscles that evert the ankle (peroneal muscles). This imbalance is present in approximately 20% of infants successfully treated with the Ponseti casting method, and makes them more prone to recurrence. After 18 months of age, this can be addressed with a surgery to transfer the tibialis anterior tendon from its medial attachment (on the navicula) to a more lateral position (on the lateral cuneiform). The surgery requires general anesthesia and subsequent casting while the tendon heals, but it is a relatively minor surgery that rebalances the muscles of the foot without disturbing any joints.

If non-operative treatments are unsuccessful or achieve incomplete correction of the deformity, surgery is sometimes needed. Surgery was more common prior to the widespread acceptance of the Ponseti Method. The extent of surgery depends on the severity of the deformity. Usually, surgery is done at 9 to 12 months of age and the goal is to correct all the components of the clubfoot deformity at the time of surgery.

For feet with the typical components of deformity (cavus, forefoot adductus, hindfoot varus, and ankle equinus), the typical procedure is a Posteromedial Release (PMR) surgery. This is done through an incision across the medial side of the foot and ankle, that extends posteriorly, and sometimes around to the lateral side of the foot. In this procedure, it is typically necessary to release (cut) or lengthen the plantar fascia, several tendons, and joint capsules/ligaments. Typically, the important structures are exposed and then sequentially released until the foot can be brought to an appropriate plantigrade position. Specifically, it is important to bring the ankle to neutral, the heel into neutral, the midfoot aligned with the hindfoot (navicula aligned with the talus, and the cuboid aligned with the calcaneus). Once these joints can be aligned, thin wires are usually placed across these joints to hold them in the corrected position. These wires are temporary and left out through the skin for removal after 3–4 weeks. Once the joints are aligned, tendons (typically the Achilles, posterior tibialis, and flexor halluces longus) are repaired at an appropriate length. The incision (or incisions) are closed with dissolvable sutures. The foot is then casted in the corrected position for 6–8 weeks. It is common to do a cast change with anesthesia after 3–4 weeks, so that pins can be removed and a mold can be made to fabricate a custom AFO brace. The new cast is left in place until the AFO is available. When the cast is removed, the AFO is worn to prevent the foot from returning to the old position.[12]

Surgery leaves residual scar tissue and typically there is more stiffness and weakness than with nonsurgical treatment. As the foot grows, there is potential for asymmetric growth that can result in recurrence of foot deformity that can affect the forefoot, midfoot, or hindfoot. Many patients do fine, but some require orthotics or additional surgeries. Long-term studies of adults with post-surgical clubfeet, especially those needing multiple surgeries, show that they may not fare as well in the long term.[17] Some people may require additional surgeries as they age, though there is some dispute as to the effectiveness of such surgeries, in light of the prevalence of scar tissue present from earlier surgeries.

Despite effective treatments, children in LMICs face many barriers such as limited access to equipment (specifically casting materials and abduction braces), shortages of healthcare professionals, and low education levels and socioeconomic status amongst caregivers and families.[18] These factors make it difficult to detect and diagnose children with clubfoot, connect them to care, and train their caregivers to follow the proper treatment and return for follow-up visits. It is estimated that only 15% of those diagnosed with clubfoot receive treatment.[19]

In an effort to reduce the burden of clubfoot in LMICs, there have been initiatives to improve early diagnosis, organize high-volume Ponseti casting centers, utilize mid-level practitioners and non-physician health workers, engage families in care, and provide local follow-up in the person’s community.[20]

Club foot occurs in 1 to 4 of every 1,000 live births.[5][6][3] It is one of the most common birth defects affecting the legs.[3] Clubfoot is more common in firstborn children and males, who are twice as likely to be affected as females.[5][6][1] It is more common among Māori people, and less common among Chinese people.[3]

Clubfoot disproportionally affects those in low and middle-income countries (LMICs). About 80% of those with clubfoot, or approximately 100,000 children per year as of 2018, are born in LMICs.[5][19]

Pharaohs Siptah and Tutankhamun had clubfoot, and the condition appeared in Egyptian paintings.[21] Indian texts (c. 1000 BC) and Hippocrates (c. 400 BC) described treatment.[22] 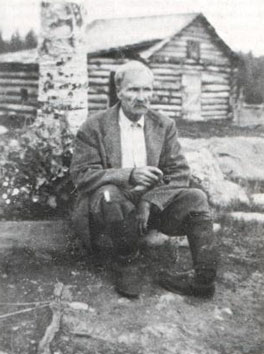 A well-known storyteller from Lapland, Juho "Nätti-Jussi" Nätti (surname can be translated as 'pretty') (1890–1964), was known for his stories but also his untreated left clubfoot. A story tells that "not even the devil himself could tell which way Nätti has gone" from footprints of snow.