Allopurinol, sold under the brand name Zyloprim among others, is a medication used to decrease high blood uric acid levels.[3] It is specifically used to prevent gout, prevent specific types of kidney stones and for the high uric acid levels that can occur with chemotherapy.[4][5] It is taken by mouth or injected into a vein.[5]

Common side effects when used by mouth include itchiness and rash.[5] Common side effects when used by injection include vomiting and kidney problems.[5] While not recommended historically, starting allopurinol during an attack of gout appears to be safe.[6] In those already on the medication, it should be continued even during an acute gout attack.[6][4] While use during pregnancy does not appear to result in harm, this use has not been well studied.[1] Allopurinol is in the xanthine oxidase inhibitor family of medications.[5]

It is also used to treat kidney stones caused by deficient activity of adenine phosphoribosyltransferase.

Allopurinol was also commonly used to treat tumor lysis syndrome in chemotherapeutic treatments, as these regimens can rapidly produce severe acute hyperuricemia;[12] however, it has gradually been replaced by urate oxidase therapy.[13] Intravenous formulations are used in this indication when people cannot take medicine by mouth.[14]

Allopurinol cotherapy is used to improve outcomes for people with inflammatory bowel disease and Crohn's disease who do not respond to thiopurine monotherapy.[15][16] Cotherapy has also been shown to greatly improve hepatoxicity side effects in treatment of IBD.[17] Cotherapy invariably requires dose reduction of the thiopurine, usually to one-third of the standard dose depending upon the patient's genetic status for thiopurine methyltransferase.[18] 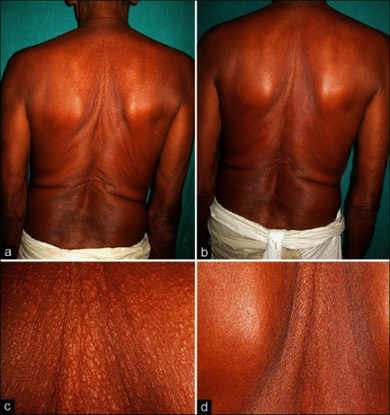 Because allopurinol is not a uricosuric, it can be used in people with poor kidney function. However, for people with impaired kidney function, allopurinal has two disadvantages. First, its dosing is complex.[19] Second, some people are hypersensitive to the drug, therefore its use requires careful monitoring.[20][21]

Allopurinol has rare but potentially fatal adverse effects involving the skin. The most serious adverse effect is a hypersensitivity syndrome consisting of fever, skin rash, eosinophilia, hepatitis, and worsened renal function.[20] Allopurinol is one of the drugs commonly known to cause Stevens–Johnson syndrome and toxic epidermal necrolysis, two life-threatening dermatological conditions.[20] More common is a less-serious rash that leads to discontinuing this drug.[20]

Allopurinol should not be given to people who are allergic to it.[12]

Drug interactions are extensive, and are as follows:[12]

Allopurinol may also increase the activity or half-life of the following drugs, in order of seriousness and certainty of the interaction:[12]

Co-administration of the following drugs may make allopurinol less active or decrease its half-life:[12]

Co-administration of the following drugs may cause hypersensitivity or skin rash:[12]

Allopurinol is a purine analog; it is a structural isomer of hypoxanthine (a naturally occurring purine in the body) and is an inhibitor of the enzyme xanthine oxidase.[3] Xanthine oxidase is responsible for the successive oxidation of hypoxanthine and xanthine, resulting in the production of uric acid, the product of human purine metabolism.[3] In addition to blocking uric acid production, inhibition of xanthine oxidase causes an increase in hypoxanthine and xanthine. While xanthine cannot be converted to purine ribotides, hypoxanthine can be salvaged to the purine ribotides adenosine and guanosine monophosphates. Increased levels of these ribotides may cause feedback inhibition of amidophosphoribosyl transferase, the first and rate-limiting enzyme of purine biosynthesis. Allopurinol, therefore, decreases uric acid formation and may also inhibit purine synthesis.[25]

The HLA-B*5801 allele is a genetic marker for allopurinol-induced severe cutaneous adverse reactions, including Stevens-Johnson syndrome (SJS) and toxic epidermal necrolysis (TEN).[26][27] The frequency of the HLA-B*5801 allele varies between ethnicities: Han Chinese and Thai populations have HLA-B*5801 allele frequencies of around 8%, as compared to European and Japanese populations, who have allele frequencies of around 1.0% and 0.5%, respectively.[28] The increase in risk for developing allopurinol-induced SJS or TEN in individuals with the HLA-B*5801 allele (as compared to those who do not have this allele) is very high, ranging from a 40-fold to a 580-fold increase in risk, depending on ethnicity.[26][27] As of 2011 the FDA-approved drug label for allopurinol did not contain any information regarding the HLA-B*5801 allele, though FDA scientists did publish a study in 2011 which reported a strong, reproducible and consistent association between the allele and allopurinol-induced SJS and TEN.[29] However, the American College of Rheumatology recommends screening for HLA-B*5801 in high-risk populations (e.g. Koreans with stage 3 or worse chronic kidney disease and those of Han Chinese and Thai descent), and prescribing patients who are positive for the allele an alternative drug.[30] The Clinical Pharmacogenetics Implementation Consortium guidelines state that allopurinol is contraindicated in known carriers of the HLA-B*5801 allele.[31][32]

Allopurinol was first synthesized and reported in 1956 by Roland K. Robins (1926-1992), in a search for antineoplastic agents.[3][33] Because allopurinol inhibits the breakdown (catabolism) of the thiopurine drug mercaptopurine, and it was later tested by Wayne Rundles, in collaboration with Gertrude Elion's lab at Wellcome Research Laboratories to see if it could improve treatment of acute lymphoblastic leukemia by enhancing the action of mercaptopurine.[3][34] However, no improvement in leukemia response was noted with mercaptopurine-allopurinol co-therapy, so that work turned to other compounds and the team then started testing allopurinol as a potential for gout.[35] Allopurinol was first marketed as a treatment for gout in 1966.[34]

Pure allopurinol is a white powder.

Allopurinol is sold as an injection for intravenous use[14] and as a tablet.[12]

Allopurinol has been marketed in the United States since August 19, 1966, when it was first approved by FDA under the trade name Zyloprim.[36] Allopurinol was marketed at the time by Burroughs-Wellcome. Allopurinol is a generic drug sold under a variety of brand names, including Allohexal, Allosig, Milurit, Alloril, Progout, Ürikoliz, Zyloprim, Zyloric, Zyrik, and Aluron.[37]